Welcome to the rebellion. Here is the latest Sunday Comic from the Imperial News: Leia.

With thanks and apologies to Cathy creator, Cathy Guisewite. She put her finger on that Sex And The City pulse (minus the sex) long before Candace Bushnell's original book came out.

It's funny to think of such a powerful woman as Leia concerned with the minutia of Cathy's day to day travails. The mix really works although I have found that I can't seem to do one without making the final gag as sick as possible. I suspect that says more about me than it does about Guisewite's strip.

Most daily comic strips strive to hit a certain mark in terms of humour. It's what makes them recognizable and comfortable enough for repeated viewing at breakfast tables across the continent. They're easy to take for granted as they take aim for the same comedic bullseye every day. And few do it better than the Comics Curmudgeon. But they still can surprise. Remember the surprise and furor when Guisewite followed the logical next step and decided her comic foil should get married? 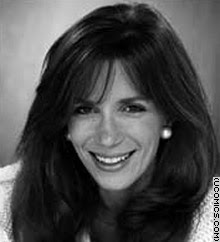 END TRANSMISSION
Posted by Gorillamydreamz at 7:38 PM No comments: