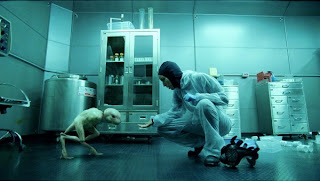 Sci-Fi and genre are well-represented at this year’s Sundance Film Festival, running this week. We’ve checked out the shorts in my last post. Now lets look at the feature-length mayhem lighting up Park City, Utah’s silver screens. 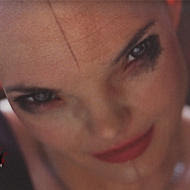 Canada’s genre-on-a-budget superstar, Vincenzo Natali, the writer-director of Cube and episodes of, God help us, Earth:Final Conflict, brings Spliced to this year’s fest. The cast features David Hewlett and Sarah Polley (Yay!) and Adrian Brody (Boo!). Polley (Yay!) and Brody (Boo!) play husband and wife geneticists who impregnate an ovum with animal and human DNA and struggle to raise the fast-growing, increasingly dangerous (Boo!) and yet oh-so enticing female (Yay!) creature they create.

Twitchfilm.com’s 2010 Sundance review of Spliced calls it a “genre mash of science fiction cautionary tale and a young parenting drama…” Or “Freudian family politics with bio-evolution in fast forward…” Sounds perfectly messed up.

PopularMechanics.com has a rundown on The Top Sci-Fi, Military and Environmental Films at Sundance 2010. Their master list includes Spliced, the post-apocalyptic One Hundred Mornings and Swiss filmmaker Christian Frei’s documentary, Space Tourists, which follows “self-made multimillionaire” Anousheh Ansari’s one week aboard the International Space Station.

www.io9.com follows suit with a round-up of Sundance 2010 Midnight Screenings with creepy, horror-esque entries All My Friends Are Funeral Singers and the Butcher Brothers latest, The Violent Kind.

I’d also include former NOVA and PBS producer Jason Spingarn-Koff’s Life 2.0 as a sideways genre film, dramatizing the blurring of reality that can come form spending too much time living in Second Life’s online, digital world.

Posted by Gorillamydreamz at 9:07 PM No comments: 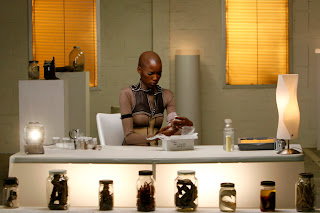 Posted by Gorillamydreamz at 8:34 PM No comments: