Dang! We Gave Them An Inch.


Welcome to the rebellion.

Before we return to our regularly scheduled genre programming, here is a follow-post on creative copyright issues from my writing blog, starkravingadventure.com. This time it's the writers who should beware!

Leave it to Google to fight a War on several fronts.

As my last post on the U.S. Orphan Works Bill discussed, Google is one of the many companies eager to leap over copyright and artists' rights to gain control of all informati-- er, artwork and out of print works to disseminate as they see fit. If they believe they will make enough through advertising it will all be free. But if that doesn't seem like enough of a return to their stockholders, they'll start charging whatever the market will bear.

But hey, their backing of the Orphan Works Bill covers artwork, design and illustration. Surely, there's nothing for us writer's to worry about yet, is there?

According to the New York Times, Google has just cut a $125 million dollar deal with the Author's Guild for the rights to digitally publish all out-of-print books. The deal covers Google's ass over it's scanning of over seven million books for its digital coffers the past few years with no effort to pay author's royalties.. a definite infringement on their copyrights. The Author's Guild accepted the money on behalf of (presumably) all authors.

Was the Guild empowered by every author infringed upon to make this deal? It's unlikely but they have been around since 1912, defending their membership and the rights of writers so they seem legitimate. Except the deal covers exclusive to ALL Out-of-print fiction. ALL of it. For 125 million bucks, paid to a guild that boasts all of 8000 or so members.

Let's face it, the money seems like chump change to me and I'm not alone. Just check out Gawker.com, who leaked an Author's Guild Memo about the deal here. Over at The Fiction Circus, Miracle Jones summed it up nicely:

This laughable, ludicrously small price is the kind of price that somebody would only offer for something that they didn't actually own.

Now Google gets to fight off future efforts to protect a copyright work they use without permission by saying, "we paid the Author's Guild". Sue them. It gets even better. Not even half of that money is going to actual authors! Apparently only $45 million will be disseminated among the membership ($60 to $300 each!... IF they jump through extensive hoops to attain it. Hey, hey, at last we can give up one of our three jobs and retire Mama!) The rest is likely going to all the crusading lawyers who negotiated this glorious act of thievery and perhaps the Guild itself. 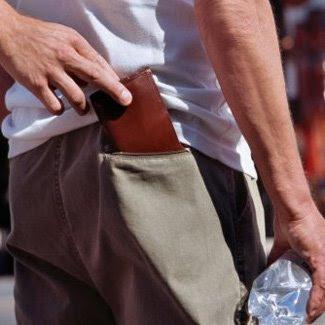 The Times article in question naturally doesn't bother to follow-up and ask any of those sorts of questions. They simply ignore the bull**** aspect of it and use the decision as an excuse to fly into a gushing celebration of the future of the digital book. You'd think the Times (being written by WRITERS and all, many of whom publish books based around their reporting) would pick up on the fact that its their own rights which are being so thoroughly trampled in front of their noses.

Think it won't impact author's much? Well, here's just one scenario to consider: what happens when a writer's book is out of print for a time and they negotiate a deal with a new publisher to bring it back into print?

Google now has the "exclusive" right to publish that baby. Too bad. So sad. It's possible some arrangements could be made but I find it hard to believe Google won't want a piece of pretty every book they can get their hands on. Once again, the rights of creators to negotiate for the use of their work and earn fair market value for it is compromised.

Check here for Miracle Jone's entertaining initial response to the announcement and here for his thoughtful follow-up. 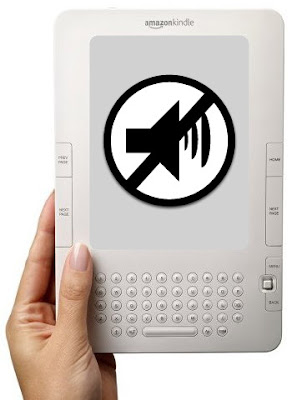 And the small but mighty Author's Guild hasn't stopped there. According to their website, the AG have managed to convince Amazon to allow author's to decide whether the new Kindle 2's text-to-speech (TTS) software will be allowed to read its books aloud. Or as Jones, (today's Stark Raving, blogger de jour) put it here:

In an effort to retain good relations with the mysterious "Author's Guild" that supposedly represents the world's fiction writers, Amazon has decided to go ahead and let the rightsholders of Kindle books decide whether or not to allow the Kindle to read books aloud in an uninflected, demonic robot voice.

Jones diatribe against this announcement is misguided. While on first look this may seem to be that is unfair to limit that use. But consider that the audio rights to a writer's works are a separate revenue stream. Books on Tape, for example, are generally a completely different negotiation straight from publication rights. Amazon wanted those rights for free. The Author's Guild announcement sums it up quite clearly for its membership:

For most of you, Amazon's announcement means that it will now respect your contractual right to authorize (or not) the addition of computer-generated audio to your e-books sold for the Kindle. We will be sending recommendations to you shortly on your TTS audio rights.

One important consideration in those recommendations will be to ensure that visually impaired people have access to this technology. Book authors have traditionally authorized royalty-free copies in specialized formats intended for the visually impaired, and copyright law provides a means to distribute recordings to the blind. We can work this out.

A more compelling argument against can be found here at Librarycopyright.net. But I find the Guild's position here much more defensible though it's still questionable how the Guild can be represented as the negotiating body for every author, even when the majority non-members. But they do seem to be serving the needs of their members in this case.

And in the case of on-line databases like Nexus-Luxus, Factiva or ProQuest... where they are monitoring the Supreme Court's Decision to hear the case of freelance writers who complain there are not enough safeguards for writers of unregistered works (a registered copyright is necessary to bring a case of infringement before the courts but that fails to recognize innate copyright protections currently supported by law). The summation can be found here, on the Author's Guild website.

They're coming at us from every which way.