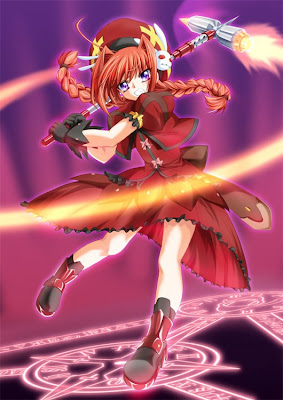 We've talked about cosplay before in posts like this one. Cosplay is often the thing most pointed to by outsiders as an excuse to diss the fan experience in general. Trekkers are always pictured in their Spock ears, Star Fleet tights or Klingon uniforms. Star Wars fans are all pictured carrying lightsabers, hair styled in Leia buns or breathing heavily out of Vader masks. And superheros able to leap line-ups in a single to have a creator sign their latest graphic novel are all perfect camera fodder for TV, magazine and blog coverage.

But as I slowly learn more about the people I find cosplay to be a public display of exuberance and joy that I thoroughly admire. These are often the shyest of people who get to come out of their shell by talking courage from being a fictional character. If you take them with a sense of play and never assume they actually are the person they're portraying. you'll get along fine.

But if you think cosplayers aren't not tough check out Champion welter weight kickboxer Yuichiro Nagashima. Not only is he a champion welter weight, he also happens to be a crossdressing otaku cosplay fanatic. See if you can pick him out on this fight card from a few months ago. 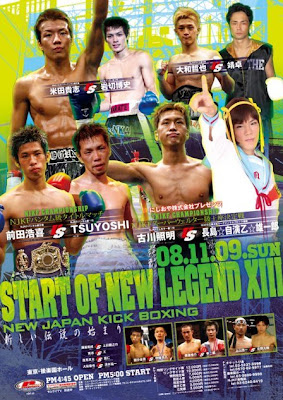 I suspect that the strength and joy cosplayers derive from working on their costumes and creating their characters often helps them excel in other areas of their lives. Or at least, it gives them the chance to meet others who chare their passions and to feel a part of something. Yuichiro here aspires to be as strong and capable as characters like Vita, the fiery, red-headed Knight of the Steel Hammer from the Magical Girl Lyrical Nanoha anime. 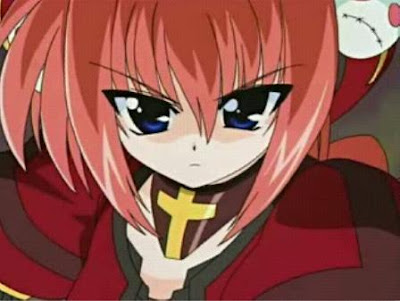 I sometimes lament that I seem incapable of being so thoroughly dedicated to a single subject that I can be considered a true fan. Compared to the fire of some fans on the message boards I am practically a cold fish. Partially, it's because I don't seem to have the time to spend much time on the boards. When I do go there's often some interesting chats to comments on but I am usually well behind the conversation, commenting on things said and dealt with months before. Sigh.

But the confidence Yuichiro takes from his cosplay is pretty inspiring, doncha think? He's used it to take himself to the top of a challenging profession. Who am I to argue with that? 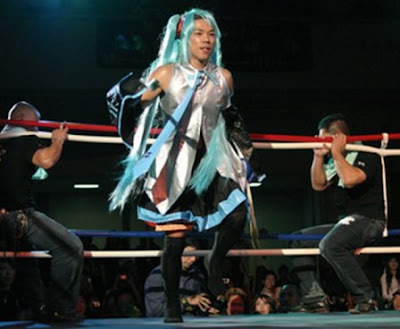